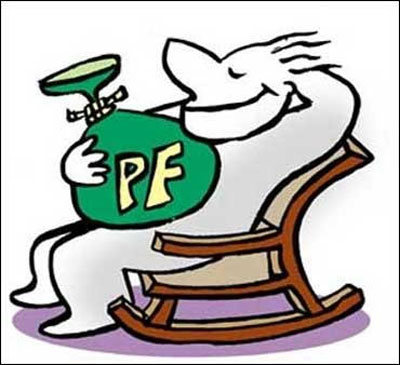 <b>Q1) What is the Contribution for Provident Fund both by the Employer &amp; Employee? </b>

Ans : The Employee contributes 12% of his /her Basic Salary &amp; the same amount is contributed by the Employer.

<b>Q2) Is it Compulsory for the all the employees to contribute to the Provident Fund? </b>

<b>Q3) Is it beneficial for employees who draw salary above Rs 15001/- to become member of Provident Fund? </b>

Ans Yes because provident fund contribution by the employer &amp; employee is not a taxable income for Income Tax purpose.

<b>Q4) What if an employee while joining establishment has a basic salary of Rs 11200 and after some period of time his basic salary increases above Rs. 15001/-, does he have an option to terminate his member ship form the Provident fund act? </b>

Ans : Employee who while joining the organisation has a basic salary above Rs 15001/- have an option to either become or avoid becoming member of Provident fund but employees whose basic salary while joining the organisation is less then Rs 15001/- but after some period of time their basic increases above Rs 15001/- have to compulsorily continue to be member of provident Fund.

<b>Q5) What is the contribution percentage to the Provident fund and Pension Scheme? </b>

<b>Q6) Which form has to be filled while becoming member of provident fund? </b>

Ans : Nomination Form No 2 has to be filled to become a member of the Provident fund, form is available with HR department.

<b>Q7 ) What is the provision of the scheme in the matter of nomination by a member ? </b>

Ans : Each member has to make a nomination to receive the amount standing to his credit in the fund in the event of his death. If he has a family, he has to nominate one or more person belonging to his family and none other. If he has no family he can nominate any person or persons of his choice but if he subsequently acquires family, such nomination becomes invalid and he will have to make a fresh nomination of one or more persons belonging to his family. You cannot make your brother your nominee as per the Acts.

<b>Q8 ) When is an employee eligible to enjoy pension scheme ? </b>

Ans : For an employee to become eligible for Pension fund, he has to complete membership of the Fund for 10 Years.

Ans : When we say continuous service of 10 years in Employee Pension Fund, we mean to say that during services, for e.g., an employee who has worked with X company for say 3 years, then he resigned from that organisation and joined Y company, wherein he worked for 2 years, then resigned from there to join establishment for 5 years but during these 10 years of service he has not withdrawn but transferred his Employee pension fund, then we say continuous service of ten years.

<b>Q10 ) When can an employee avail the benefit of Employee pension fund scheme which he has contributed during his ten years of continues service ? </b>

Ans : An employee can avail the benefit after completion of 58 years of service.

<b>Q11 ) What happens to the provident fund &amp; Employee Pension fund if an employee who wants to resign from the service before completion of ten years of continues service ? </b>

Ans : Employee can withdraw the PF accumulations by filling COMPOSITE CLAIM FORM (AADHAAR / Non AADHAAR) which is available with the HR department.

Ans : Earlier employee filled the Form No 19 for Provident fund withdrawal &amp; Form No. 10 C for Pension scheme withdrawal but not PF authority has introduced the Composite Claim Form which contain the all information of Form no. 19 &amp; 10C.

<b>Q13 ) Do we get any interest on the amount which is deposited in the Provident Fund account ? </b>

Ans : Compound interest as declared by the Govt. is given for every year of service.

<b>Q14 ) What is the accounting year for Provident fund account ? </b>

Ans : Accounting year is from March to February.

<b>Q15 ) What are the benefits provided under Employee Provident Fund Scheme ? </b>

Ans : Two kinds of benefits are provided under the scheme-
a) Withdrawal benefit
b) Benefit of non -Refundable advances

Ans : PF Deptt. has launched online portal (https://passbook.epfindia.gov.in/MemberPassBook/Login.jsp) for the employees from where they can see and download their pf passbook.

Ans : Any establishment which employs 20 or more employees. Except apprentice and casual laborers, every Employee including contract labour who is in receipt of basic salary up to Rs. 15000 p.m. is covered by the Act.

<b>Q18 ) In case after registering the establishment at any point in time, the number of employees working in it becomes less than 20 then will the Act apply ? </b>

Ans : Any establishment which has been covered under the Act once shall continue to be governed by the Act even if the number of persons employed therein at any time falls below 20.

<b>Q19) Is it possible to appeal the orders of the Central Government or the Central Provident Fund Commissioner ? </b>

Ans : Yes, there is a body called as Provident Fund Appellate Tribunal where an employer can appeal.

<b>Q21 ) What in case there are workers involved as Contract labour ? </b>

<b>Q22 ) Are the persons employed by or through a contractor covered under the Scheme ? </b>

Ans : Persons employed by or through a contractor are included in the definition of “ employee ” under the Employee’s Provident Finds Act, 1952, and as such, they are covered under the Scheme.

<b>Q23 ) In case the Contractor fails to deduct and submit the PF amount from the contract workers then what is to be done ? </b>

<b>Q24 ) What happens in case there is a salary revision and a raise in the basic salary of the employee and arrears need to be paid, Do we need to deduct PF from the arrears as well ? </b>

Ans : Arrears are considered to be emoluments earned by the employee and PF is to be deducted from such arrears.

Ans : Yes, if an employee desires to contribute an amount at a higher rate of interest than 12 % of basic salary then they can do so but it does not become obligatory for the employer to pay anything above than 12 %. This is called voluntary contribution and a Joint Declaration Form needs to be filled up where the employer and the employee both have to give a declaration as to the rate at which PF would be deducted.

Ans : Compound interest as declared by Central Govt. is paid on the amount standing to the credit of an employee as on 1st April every year.