How to Build an Organisation for Tomorrow ? 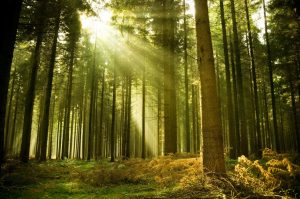 A young & enthusiastic man started a small trading house way back in 1868, during colonial India when there were literally no industries which existed here. His initial success was followed by setting up more companies into steel, automotive, chemical, retail & so many other industries which made it a large diversified conglomerate.

This group would later start the first airline in India in 1932, set up the first IT services company in 1968 & were the first to acquire a large foreign company in the year 2000, all these steps were well ahead of their time. The group runs some of the largest charitable trusts working in areas like public health, education & basic science research, which have co-existed with the group since a long time. This group went on to become a US $ 100 billion giant with more than 30 companies across 10 verticals from such humble beginnings.

It’s remarkable how a company has been able to create such immense respect over a period of more than 150 years and still going strong. By now, many of you would have guessed that the great man I am talking about was Mr. Jamsetji Tata & the group he created is TATA group. So, what can we learn here about creating organisations for tomorrow, organisations that last beyond generations while commanding such success and respect from our communities?

Let’s understand how can we build Organisations for Tomorrow:

Start with a clear Purpose & stay True to it – As the organisation grows, team is expanded, new facilities are added, fresh products & processes are created. The mantle is passed on to a larger set of professionals beyond the founders. But the very core of the business, the purpose for which it was started should never be forgotten. Rather the purpose should be revitalised & brought to life by everyone in the organisation. Get your team to rally behind the purpose of the organisation & then allow them to create the future. If you are just starting, the best way is to clarify your purpose & share it with others.
Have the right Mindset – The mindset and skill set needed to run an organisation is different during the life cycle right from inception to growth to maturity. Depending on where the organisation is right now in its journey, the founders need to be aware of the changes required starting from themselves. They not only need to constantly adapt themselves but keep others on track. The right set of structures, processes and environment needs to be created to support the future growth of the organisation.
Be Resilient & Agile – It’s one of the trickiest things to manage both of these together. Whether it’s a small boat or a large ship in the ocean, one needs to see the changes in weather conditions, have smart navigation tools & be guided by the right set of people. Similarly, organisations of tomorrow need to build resilience to be able to navigate rough market conditions and take a leap into the future. Irrespective of the size, they need to be agile to change course with time and be better prepared for a tough tide & rough weather.
Create Diversity & Inspire – It’s no secret that the right set of people, who are united by a common cause or purpose, build a great organisation. Companies of future need to focus on identifying without any biases the right people to join them, lead them by example in creating an inclusive culture which welcomes & fosters Diversity. With the right environment, these people would be inspired to do something great for the organisation, community & above all for themselves. Where the culture is inclusive and people are inspired, such companies usually go on to succeed and even change the course of their industries.
Give Back – The organisations of tomorrow need to be ingrained as part of the larger eco system, local economy & culture. The companies with an openness to listen & learn from other stakeholders, who share responsibility by giving back to the society and work with sustainability in their mind would succeed in the long term. It’s not a coincidence that if we look at all the organisations which have been around for over a century now, all have a sense of contributing back to the communities where they thrive and which gives a real meaning to their existence.
Conclusions – Today whether you are a 10 member start-up or a 10,000 member strong corporation, it doesn’t matter. What matters is whether the leaders can navigate the company into the future by being aware & driving required changes. We would need more such leaders & organisations to create a future where majority of us are inspired to give their best.

What are your thoughts? Which other areas are important to Build Organisations of Future? Please do comment and share your views.